Young entrepreneurs Crispijn and Erik want the world of their healthy coffee'. In July 2020 Crispijn de Koning (25, left), together with his partner Erik Messemaker (25, right), launched their alternative to coffee: verum† Nine months later, it is in cup form in one of the largest supermarkets in the Netherlands. From now on via the webshop and from April 20 at Jumbo.

As notorious coffee drinkers, the young entrepreneurs discovered that you sleep less well and experience more stress from all that caffeine. They went in search of an alternative that would not harm the coffee experience, but which would be many times better for your health. The duo set to work mixing all kinds of plants, herbs and vitamins and eventually arrived at the desired mix.

The result is a hot drink, powdered in a sachet with a taste that is somewhere between coffee and cocoa. But the gentlemen wanted to make it even better. “We went in search of even more of the real coffee taste and we wanted it in cups,” Crispijn de Koning explains the latest development..

''We prefer to grow from our own vision, rather than making concessions for someone else's money. We are really enjoying the growth now''

Corona crisis: from the office to people at home

Initially, the plan was to introduce Verum to office locations. But yes, that was not really going to work in corona year 2020. ,, As an entrepreneur, you have to be flexible and see opportunities, so we quickly shifted the focus to people at home. Until now we do this via our own webshop and the demand is only increasing. We already wanted to introduce our cups at the end of last year, but we noticed that the mix did not have a consistent quality at that time. We then spent nights in our Belgian production hall and tasted and mixed until we had the perfect and above all constant composition. At the same time, we were looking for an alternative to aluminum, so that our cups are now also made of biodegradable material. It is better to introduce a little later, but perfectly, than a little earlier and not get it quite right.”

Growing so fast, you would say, requires a considerable investment. In December, the gentlemen therefore had discussions with various interested investors who had attractive amounts on offer. Yet De Koning and Messemaker have not gone into business with any of them..

De Koning: ,,No, in the end we rejected them all. It didn't feel right to us. You always give up something of your individuality and we didn't want that. We decided to just keep doing it all by ourselves and especially in our own way. That they have made the right decision is shown by the fact that a team of six people is now working for Verum and that there are currently three vacancies. “We prefer to grow from our own vision than to make concessions for someone else's money. We are really enjoying the growth now..” 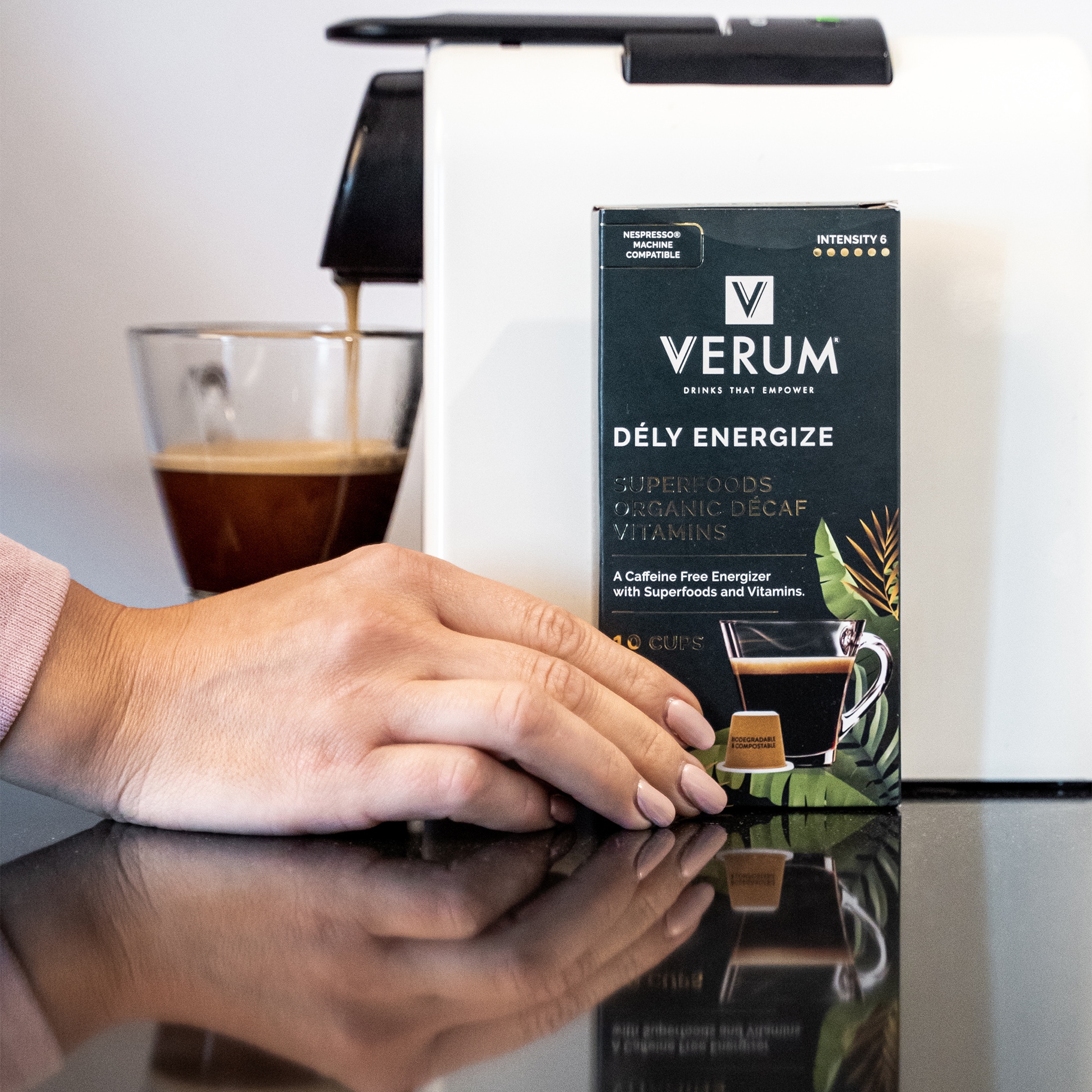 From online to Jumbo supermarket and abroad

The next step for Verum is the introduction to one of the country's largest supermarket chains, Jumbo. ,,We were able to convince them that we have a wonderful product that people really need today. We'll start in Amsterdam, because that's where our largest target group is. Mostly people who are consciously involved with nutrition and lifestyle. Our coffee cups fit in seamlessly with this. We see that in sales via our own webshop which has been running like clockwork for a few months now. In addition to the sales launch at Jumbo Amsterdam, Verum will be available online at the end of May and in the Holland & Barett stores in both the Netherlands and Belgium in June..

The ambitions do not stop at the Dutch language area. ,,We are currently already active online in the German market, explains an ambitious De Koning, ,,and we will be on the shelves in German retail within a few months. Our attention for this year will continue to be focused on the Scandinavian countries and on Austria and Switzerland. In all these countries we will first introduce Verum online and then in the stores..”

The latest offshoot of the Verum tribe is a premium product with which Verum wants to conquer the catering industry. According to De Koning, this Chai variant is really a luxury drink. “The combination of online sales, retail and catering is the golden triangle I believe in, says De Koning. “You develop reputation online, you reach the consumer in retail and you build your brand through the catering industry.rk.”

De Koning previously owned the startup Westlander Bier, which he sold after three years. When asked when he plans to sell Verum, he answers with a smile: ,,Maybe it's the other way around and we'll just buy the rest of the coffee world! So there is no lack of ambition..

Joni Hendrix had an interview with Crispijn de Koning for the podcast series Startup Stories earlier this year. Listen to this episodehere†